From this point on, I will also share many translated poems that I originally composed in Spanish. The translations are on a spectrum from strict to very, very loose. I offered the following explanation in my book of poems titled Caribbean Poet…

The poems in the following sections constitute what is still in existence, what remains. The whims of a temperamental poet are to blame. They were translated, and sometimes modified, from my collection titled Poemas Caribeños. I personally translated and/or modified each poem from Spanish to English.

I attempted to salvage much of the syntax and verse construction of the Spanish poems –as much as English would allow. At times, I let inspiration have its way. For this blatant linguistic crime, please accept an apology. I must admit that the sincerity of my apology is highly questionable; but this trait is not so grave as to be unforgivable. As I began the process of translation, I sometimes strayed and ventured into the realm of creative modification. Thus, some verses are a version or nuance of the Spanish lines, not literal translations.

The poems’ Spanish origins and traits can make some poems an awkward read, some more than others; but this allows readers to experience some of their authentic, Spanish-language essence. For your information, the original Spanish titles of the poems appear in parentheses below the English titles.

Please understand that much is lost when translating or modifying poems from their original language to another –from wordplay to rhyme, structure, smoothness, tightness and beauty.

Some of these poems were written when I was an adolescent or young adult; and naturally, they may reflect it. They were poems written in a different world, at a different time, and for a more limited audience. Now that you’re on notice…

I hope you enjoy my poems –if not for their potential beauty, then for my humble attempt at art. 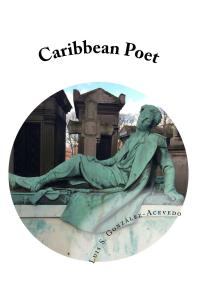